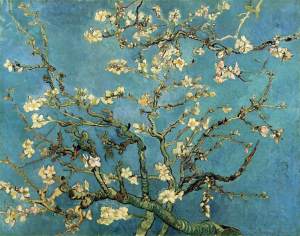 Failure is not our obstacle. Fear of failure is…

Today’s business landscape over flows with the startup ideas and efforts of entrepreneurs. Most of these hope filled endeavors will fail to take root and grow into sustaining businesses.

As an entrepreneur, the likelihood that you will fail with your current business is significant. The power of math tells you this. Scott A. Shane, professor of entrepreneurial studies at Case Western writes in the NY Times, “According to U.S. Census data, only 48.8 percent of the new establishments started between 1977 and 2000 were alive at age five.”  In other words, half of new business will fail. This is the most optimistic statistic. The numbers for unfinanced startup ventures is worse. But you can use failure as a resource to move you forward.

The benefits to failing faster and fearlessly

My hypothesis is an entrepreneur who can fail better will a have greater chance of success. Additionally, even in the absence of material success the entrepreneur will gain an enhanced experience of life and be more likely to contribute to the success of others.

Benefits of failing faster and fearlessly can include:

Learning to see the value of failure can also lead to removing the stigma around failure.

Reevaluating and repurposing the language around failure is not a simple act of spin. You must reframe the negative concept as a meaningfully positive experience. So you don’t just take a word like ‘losing’ and mask it with the hyperbole of ‘winning’. Instead you must see a so-called negative tag as a chance to reassess and make room for innovation.

Sharing data and insights related to your failures is crucial, and so is learning from the mistakes of others. You should reach out to those who have failed with the knowledge that they have something of value to share.

As a community of entrepreneurs we should see to it that repositories of post-mortems are built. Post-mortems are accounts reviewing the rise and fall of a business endeavor.  In addition, regular meetings and even conventions should be held to dissect, discuss, and discover what treasures can be mined from failure.

Reassessing and reframing failure is the psychological shift you need to create higher functioning organizations. There are myriad ways to build highly functional organizations with a culture that engenders improved perspectives and behaviors. One of these perspectives is the value and growth potential of failure.

Part of this potential is that by failing faster you learn faster. An example of this is the act-analyze and adjust methodology. By ‘Analyze’, I mean scientific testing. The idea is to blend creative vision-the ‘act’-with scientific method to get a stronger balance of imagination and practicality. Be willing to make and see mistakes faster and you will gain better insights.

Begin to make this shift of perspective by considering that we need failure as much as we need success.  Not only do we need it, it is an inseparable aspect of material growth and success.

Don’t bother trying to dispatch failure to never-never land. You are better off redefining failure and your relationship to it. As a result you will be able to see failure as a source of your momentum forward. When you embrace what you once feared you will discover new insights. Courage is just one of them.

Here are some steps you can take right away:

Your business is an extension of you. Use your business as an opportunity to grow as a person and push the boundaries of your consciousness. Question your assumptions, challenge yourself to be courageous and do what is difficult. By learning to focus more on your efforts and less on your outcomes you will most certainly be a success, even in failure.

They also compiled a list of the top reasons these companies failed including:

Do you recognize any of these in your business?

1 thought on “Success Through Failure”